Re-construction of the Palacio at the Plaza de España 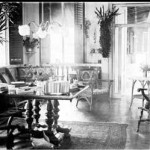 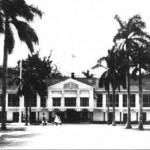 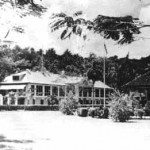 The reconstruction of the “Palacio at the Plaza de España” will follow the plans of the last governor’s residence/office built by the Spanish. It was constructed in 1888-1889 on the site of the previous governor’s palace, which had served for 140 years. Construction was officially begun with the laying of its cornerstone on February 25, 1888, and ended with its blessing on Christmas Eve, 1889. The Palacio became the residence of U.S. naval governors after 1898 and a headquarters for Japanese occupation forces in 1941. The Palacio was destroyed in the Battle for Guam in 1944